WWWWhew! It’s been a while (but I did warn you I was a world’s worst blogger nominee). I was on a roll with the blog! Until, I went to Scotland.

Yup. Went to Scotland in June. Haven’t posted about it yet.

Instead of diving into whisky vs. Outlander, I want to talk about something a bit more divisive. Something that will split families, destroy friendships, and cause countless articles to be written about it: Photoshop. A recent study determined that people could only tell a photo had been altered 60% of the time. And of that 60%, only 45% could figure out what had been changed.

I’m in the percentage of people that just assumes every picture has been digitally altered, whether it’s something big (like removing a car or a person) or small (like color correction and contrast). I’m not a professional photographer, and my photos are solely for preserving a memory, so I have no problem at all Photoshopping the $#*! out of them.

But before you get all judgy, let me show you some of my favorite pictures and how I modified them.

In the pictures below, you can slide the bar across to see before and after.

You’re out in the middle of Rannoch Moor. You have the urge to run through the fields towards the mountains, and your friend whips out her phone and takes a snap…only the phone isn’t able to process all that brightness coming out from behind the clouds for the brief 5 minutes of sunlight in Scotland. While it wasn’t hard to bump up the saturation on the field, the sky was a bright blaze of white. Luckily, I also took a photo from the exact same spot, and I was able to drop my sky into my friend’s photo. 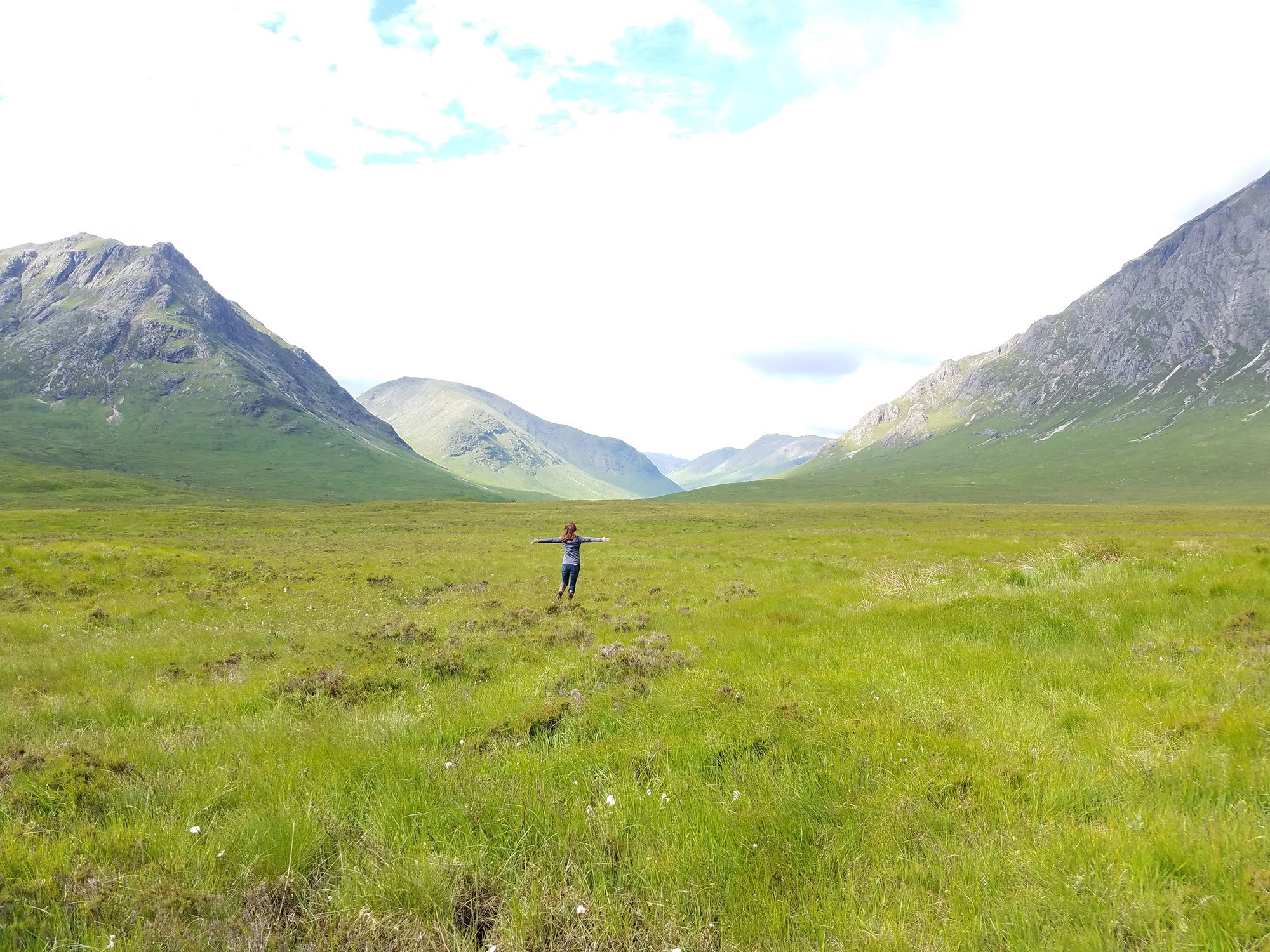 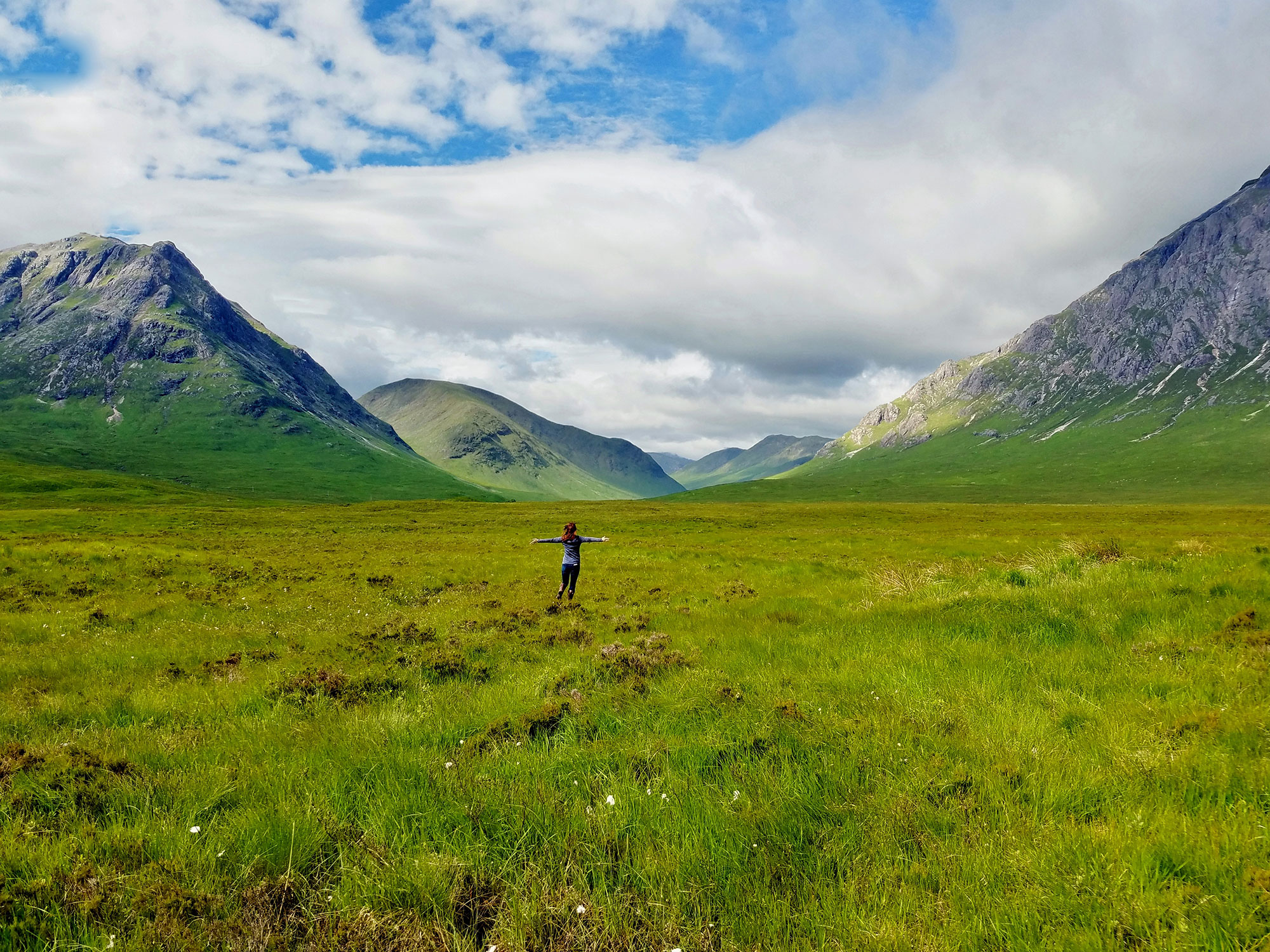 The Isle of Skye is a magical place and even more so is Fairy Glen, located just above the village of Uig. The day we visited, a storm was pushing through, which was lovely because we were the only people there. However, that also meant that the sky above the glen was washed out in most of the pictures.  So when I was going through the editing process, I searched for rain clouds that were similar to those we saw that day. The effect isn’t perfect, but the picture is definitely more dramatic.

The day we visited Edinburgh Castle, the line was backed up all the way into the Castle Esplanade. (We ended up buying our tickets on our phones, jumping ahead of everyone, and picking up our tickets at the online kiosk.) Even though we beat a large portion of the crowd, there were still a fair number of people inside already. But I don’t want to remember those tourists. So here’s another shot where I’ve edited out the dudes under the archway and the people sitting on the wall. Also a little color correction and a new sky.

As you might have guessed from Example 3, I’m not really into having people I don’t know in my pictures. Here’s a moment from my trip to France: Despite the fact that there were probably 20 other people on the Pont d’Avignon with Cass and me, there was a brief moment when there were only two people ahead of us. I quickly took a picture before anyone else walked into view. Then back at home, I “rebuilt” the bridge over the people by using other elements in the photo. 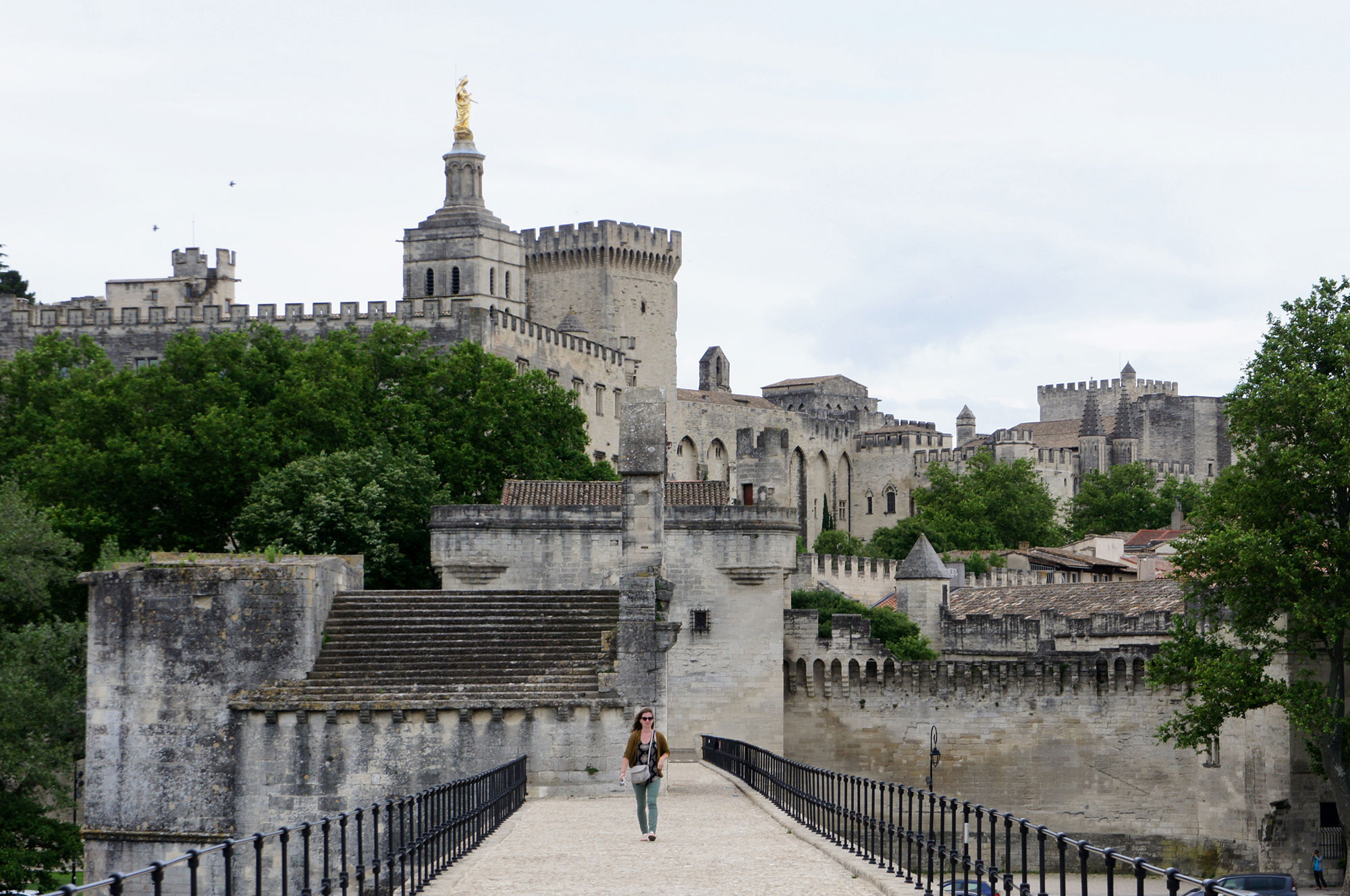 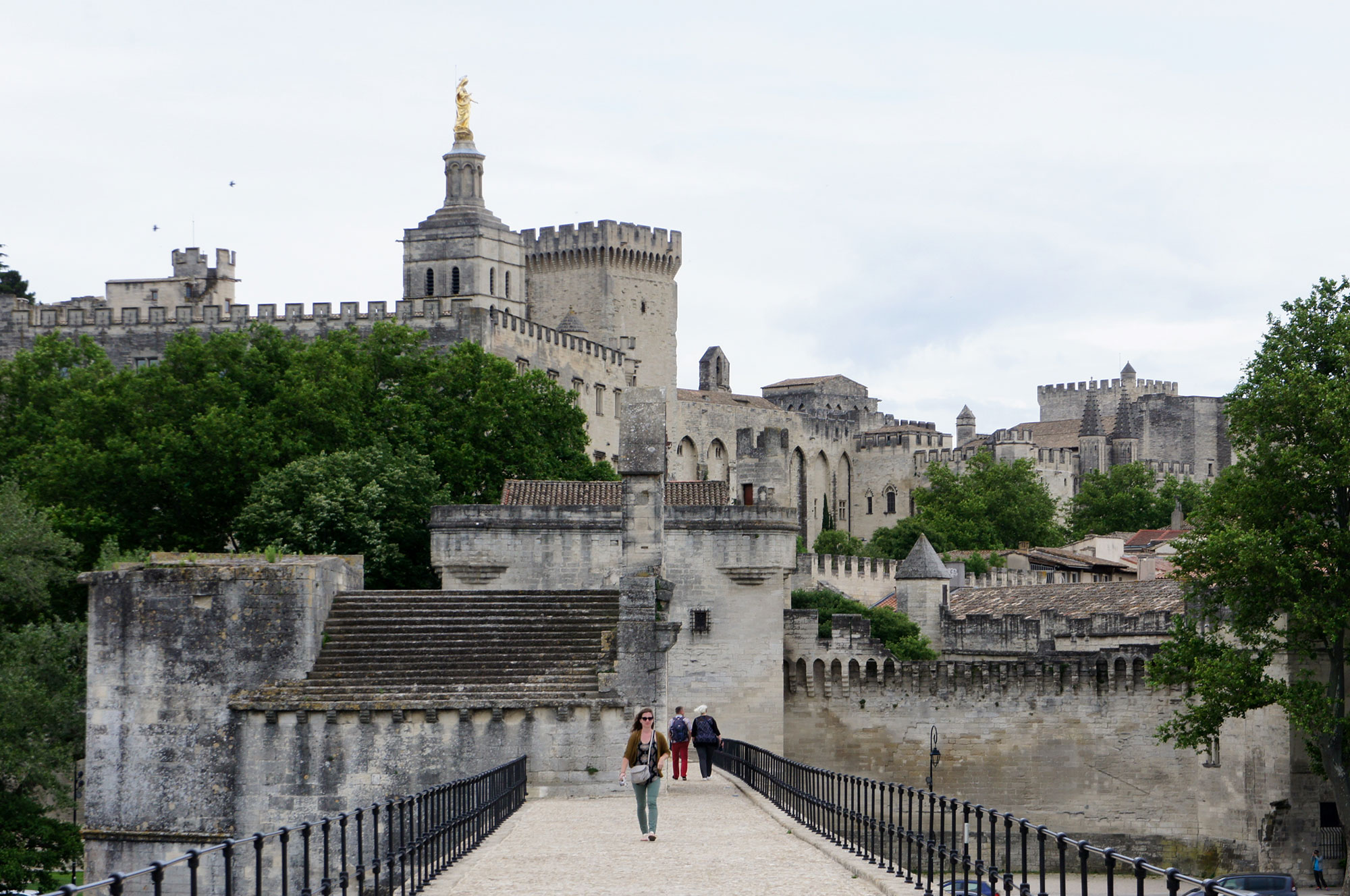 This one was fun. When I sent the picture to Cass, she said, “There’s no way you got a picture at the Arc de Triomphe without traffic behind us.” I was coy, because technically there was just one car behind her and Katie when I took the picture. (Usually the road is filled with multiple “lanes” of traffic, although I’m not sure if anyone is driving in an actual lane.) I took two pictures: one with the car on their right and one with the car on their left. I was able to slice the car out of one image and drop in the scene from the second in the void. Voila! No traffic at the Arc de Triomphe. 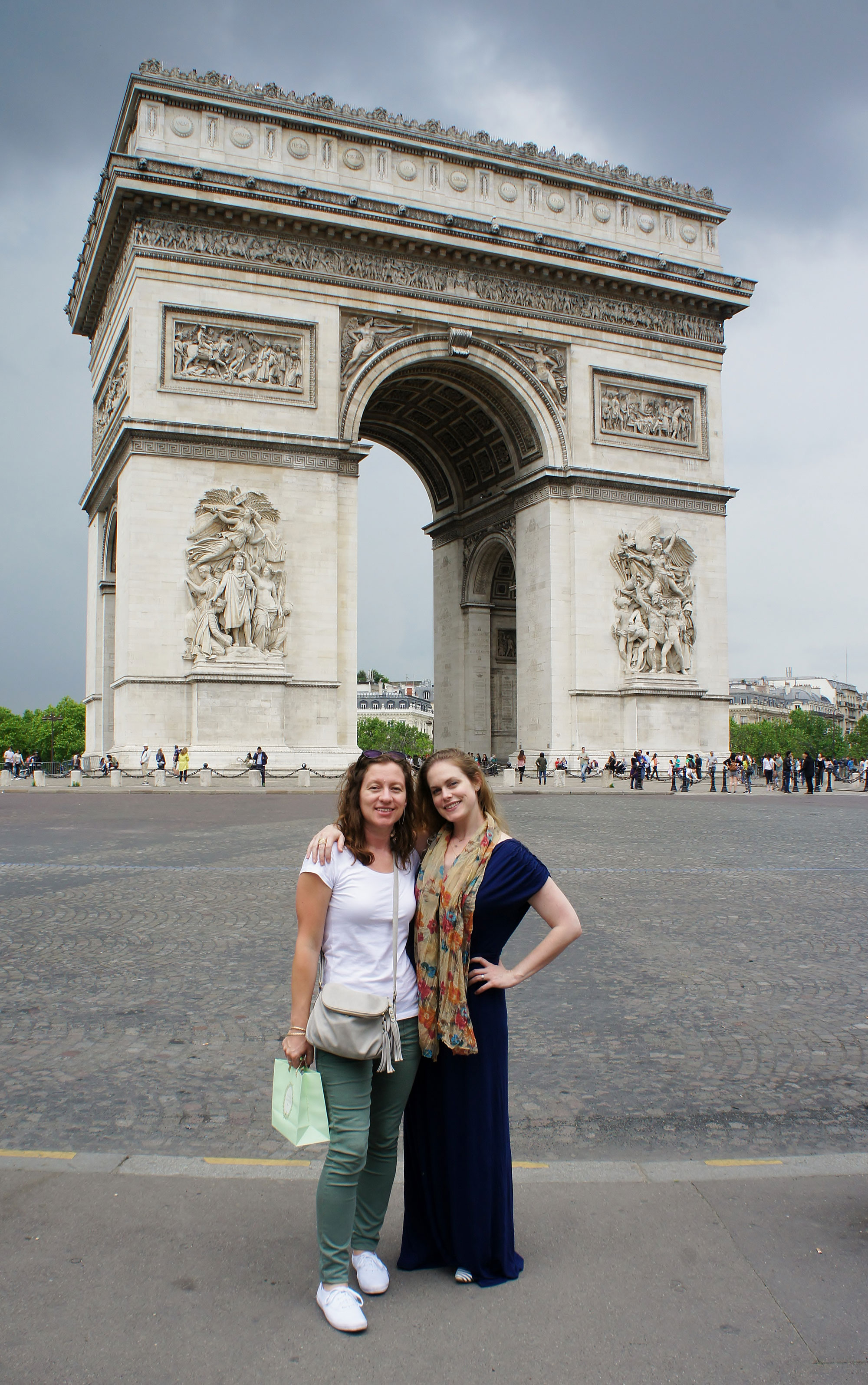 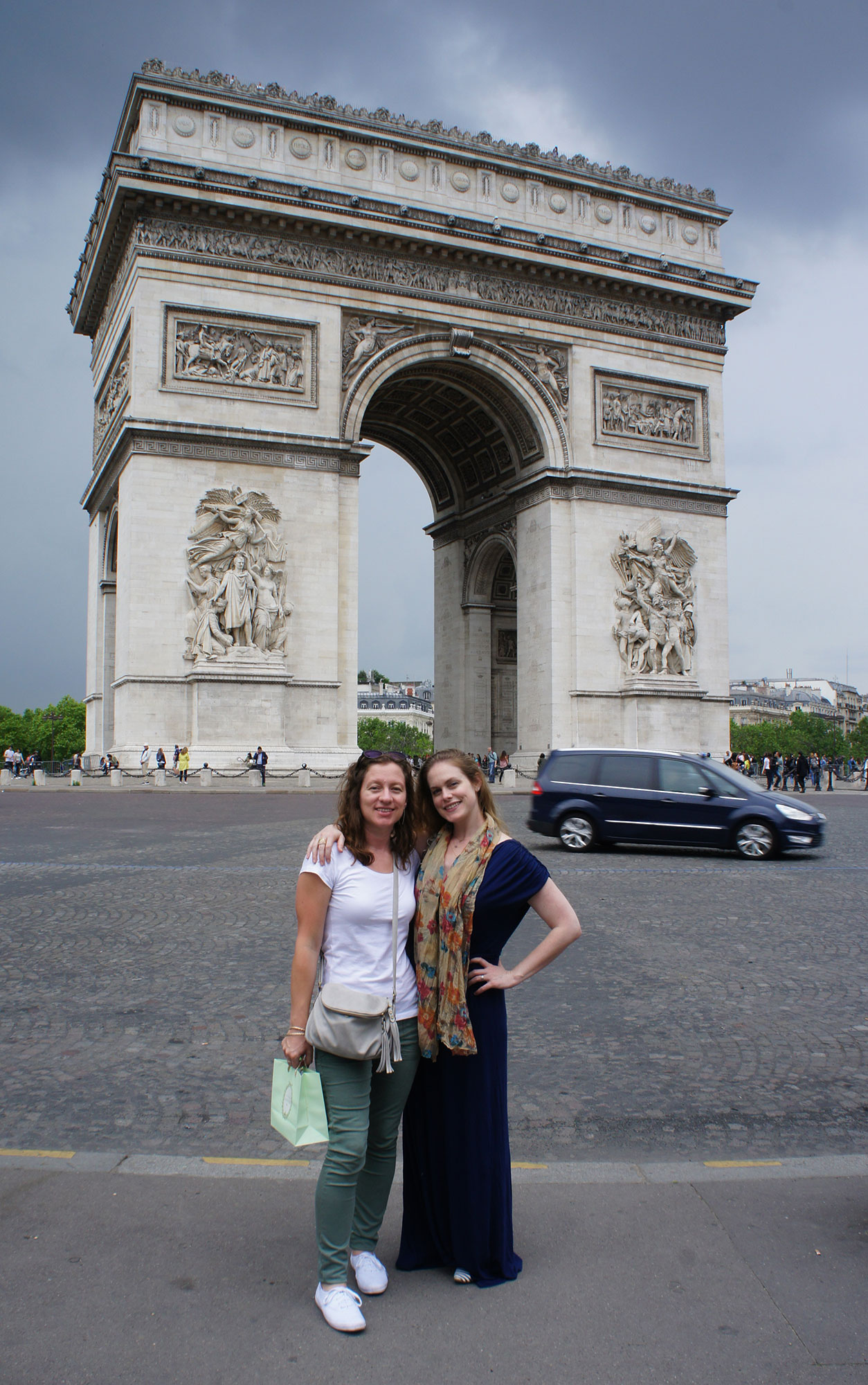 Have you ever had someone take your picture, only to realize the photographer did not notice the most obvious obstruction in the shot? I give you the picture of me wearing a dress almost as amazing as my wedding dress. Almost. But what’s that across the bottom? No, seriously. WTF? It’s the velvet rope that marked off the red carpet at the gala we were attending. Who wants a red stripe across their photo? WHO?! No one! I lost a spotlight in the process, but it was a small price to pay to remove that garrish rope. 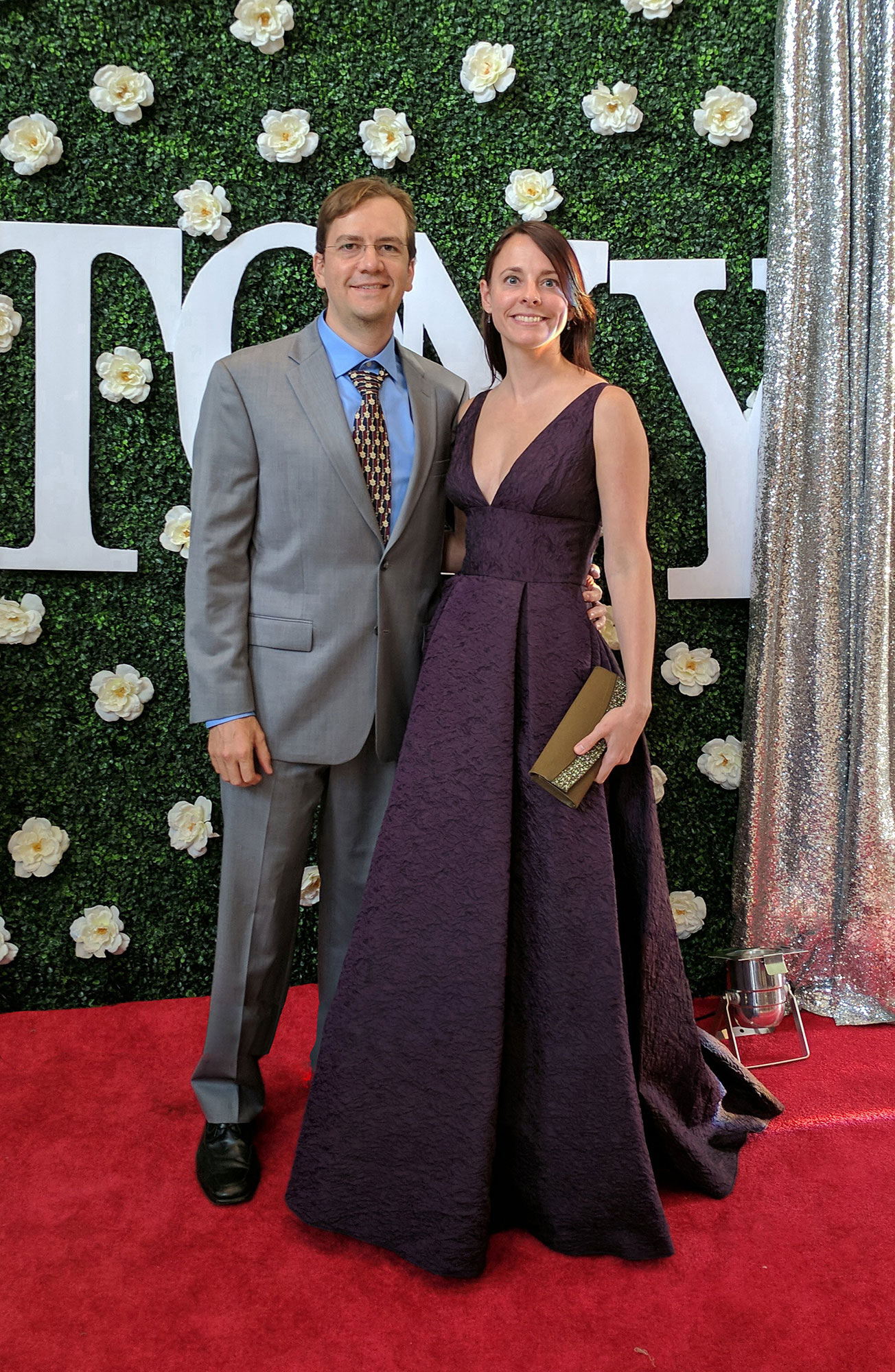 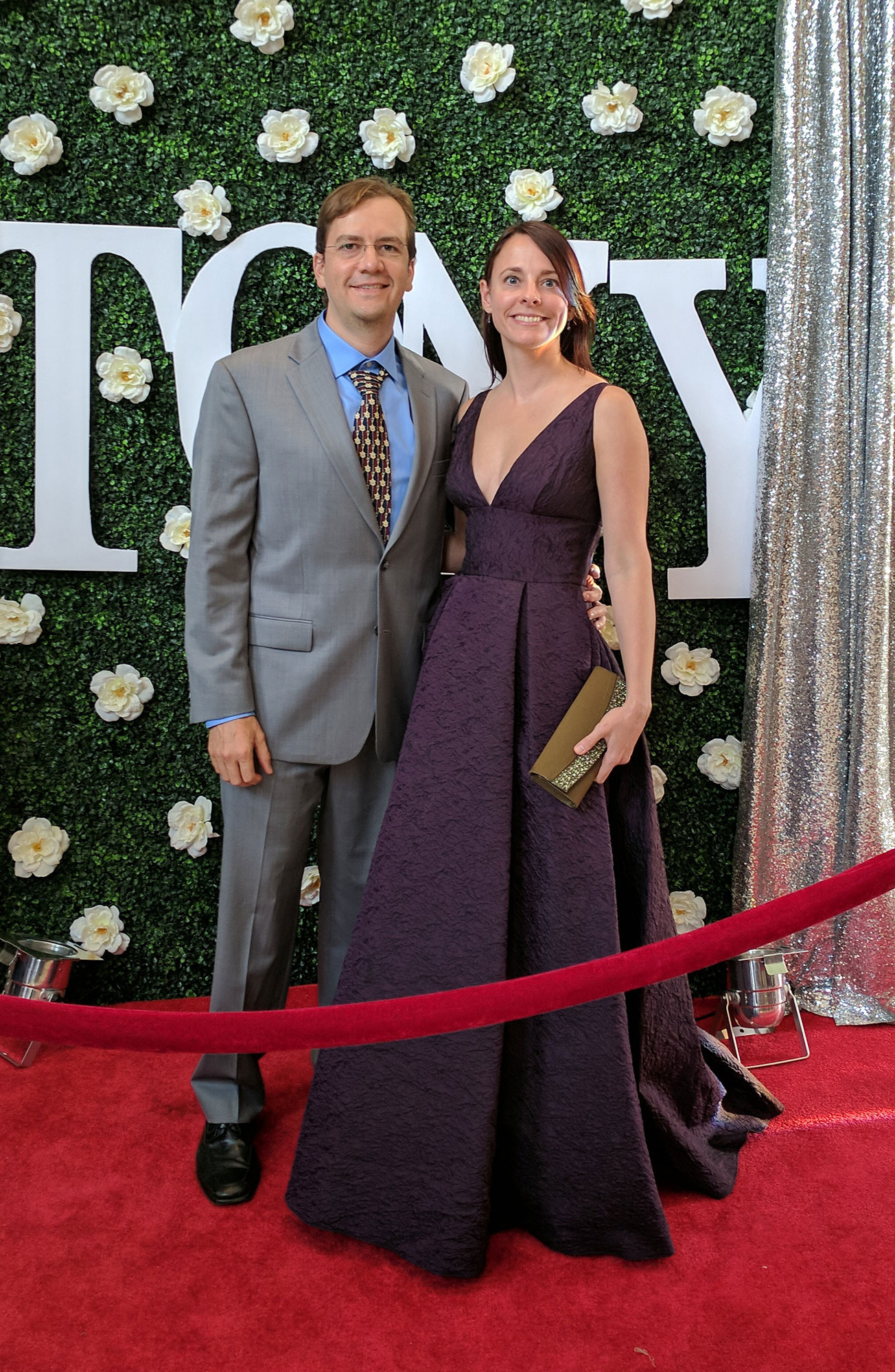 So what do you think? Are you a fan of Photoshop, yay or nay?

8 thoughts on “My (Not So) Strange Addiction”

This site uses Akismet to reduce spam. Learn how your comment data is processed.